MEPs back fair pay for interns after human rights ruling

The European Parliament has voted in favour of fair pay for trainees and apprentices, piling pressure on the European Commission to take action during its European Year of Youth.

MEPs voted overwhelmingly in favour of a resolution which called on the Commission to “propose a common legal framework to ensure fair remuneration for traineeships and apprenticeships in order to avoid exploitative practices” following a campaign by the ETUC Youth Committee.

The result comes just 24 hours after a European human rights body ruled Belgium had violated parts of the European Social Charter by failing to prevent “bogus internships” which were unpaid but represented real work.

Following the landmark ruling to the complaint brought by the European Youth Forum and supported by ETUC and others, the Belgian labour minister has now pledged to take action against “internships that are in reality hidden work.”

An analysis of over 100 adverts for internships in Belgium by the ETUC found half mentioned previous work experience and therefore should be advertised and paid as a real job. A third did not mention remuneration.

"Unpaid internships often mean highly skilled young workers being exploited as free labour by major companies. This has to end. Work is work and should always be paid.

“The vote in the European Parliament and the landmark ruling on Belgium after a complaint brought by the ETUC show how urgent it is that Europe ends the scandal of unpaid interns. The European Commission can’t have a ‘European Year of Youth’ without taking action on this.

"The fight to ban unpaid internships goes hands in hand with EU skills agenda. Fair internships enhance up-skilling of young people but we have to avoid exploitation and unfair internships."

“References don’t pay the bills. You can’t enjoy new experiences on an empty stomach. Let’s be honest: unpaid internships are for rich kids who can rely on the bank of mum and dad.

“The vote in the European Parliament and the upholding of the ETUC’s complaint by the European Committee of Social Rights sends a strong message to the European Commission that they have to end this blatant inequality of opportunity facing young people everywhere.

“We are two months in the European Year of Youth, the goal should not be to organize fun events to boost young people’s morale but to bring real and long-term change that will improve their chances in the labour market.”

The resolution approved by MEPs says:

"Calls on the Member States to facilitate access for young people to paid, quality and inclusive traineeships and apprenticeships; calls for the reinforcement of monitoring schemes, ensuring that young people receive adequate and quality first working experiences, opportunities for upskilling and new qualifications or credentials; condemns the practice of unpaid internships as a form of exploitation of young workers, and a violation of their rights, and calls on the Commission and the Member States, in collaboration with Parliament, and respecting the principle of subsidiarity, to propose a common legal framework to ensure fair remuneration for traineeships and apprenticeships in order to avoid exploitative practices; condemns the practice of zero-hour contracts and calls on the Member States to provide support to employers providing traineeships and apprenticeships to young persons with disabilities." 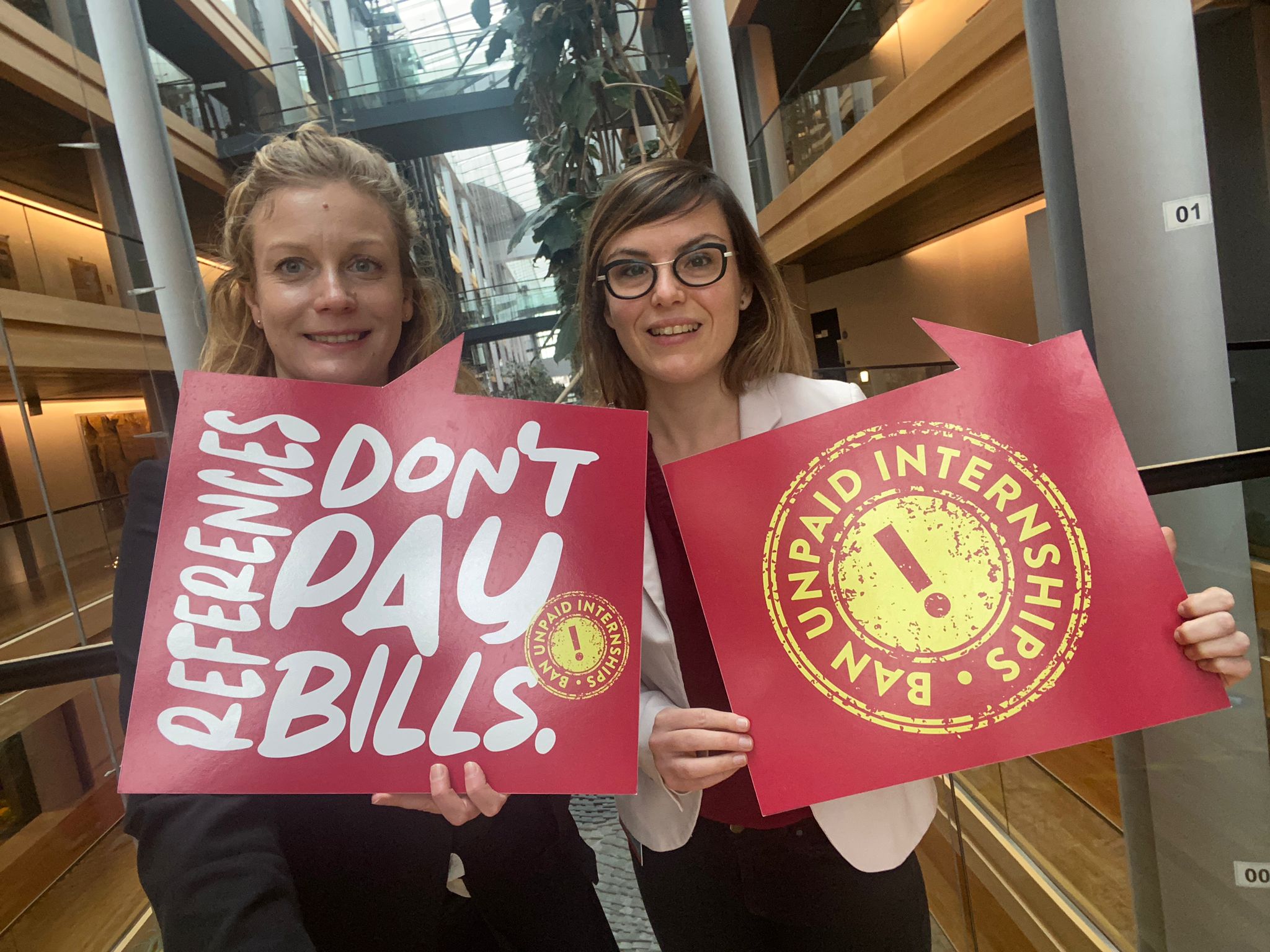