The ETUC and ITUC condemn Russia’s invasion of Ukraine and demand that all Russian forces leave Ukraine immediately.

The attack on Ukraine is a flagrant violation of international law and of Ukraine’s territorial integrity as a sovereign and democratic state.

Luca Visentini, General Secretary of the ETUC and of the ITUC Pan-European Regional Council said:

“We strongly condemn the war, that hits people and workers first, and advocate for dialogue, peace, and democracy to be reestablished immediately.

“Europe must stand strong against Putin’s aggression and put maximum pressure on his regime, and entourage in particular, to bring about peace and dialogue.

“We cannot allow policy to be shaped by violence, and we expect world and EU leaders to protect Ukraine’s integrity as well as the security of all other countries in the region.

“With over 100,000 people already displaced, Europe needs to prepare to welcome refugees, and we acknowledge the pledges already made by several EU member states.”

“The imposition of sanctions by governments which support democracy and the rule of law is both inevitable and justified and should focus particularly on the entourage of President Putin who is leading Russia down this destructive path and threatening peace in Europe and the world.

“We call for world leaders to take urgent and definitive steps to initiate dialogue and find a peaceful solution to this crisis in line with the Charter of the United Nations.”

Demonstrations have been held in cities across Europe to show solidarity with the people of Ukraine, including a rally in Brussels by the ETUC.

Scores of people have already been killed in Ukraine, including civilians. In Russia, more than 1,700 people protesting against the war have been detained, and the already fragile economy began to weaken yet further immediately after Putin launched the invasion.

The ETUC and ITUC call on their members to extend practical solidarity to the workers and people of Ukraine through a solidarity fund for the ITUC’s Ukrainian affiliates, and by calling on governments outside of Ukraine to provide safe haven for refugees fleeing the conflict.

Workers – both in Ukraine where the threat is existential, and in Russia and Europe where living standards and jobs will be affected – must not bear the brunt of war. We urge governments to ensure that those with the most resources shoulder the greatest burden of the sanctions. 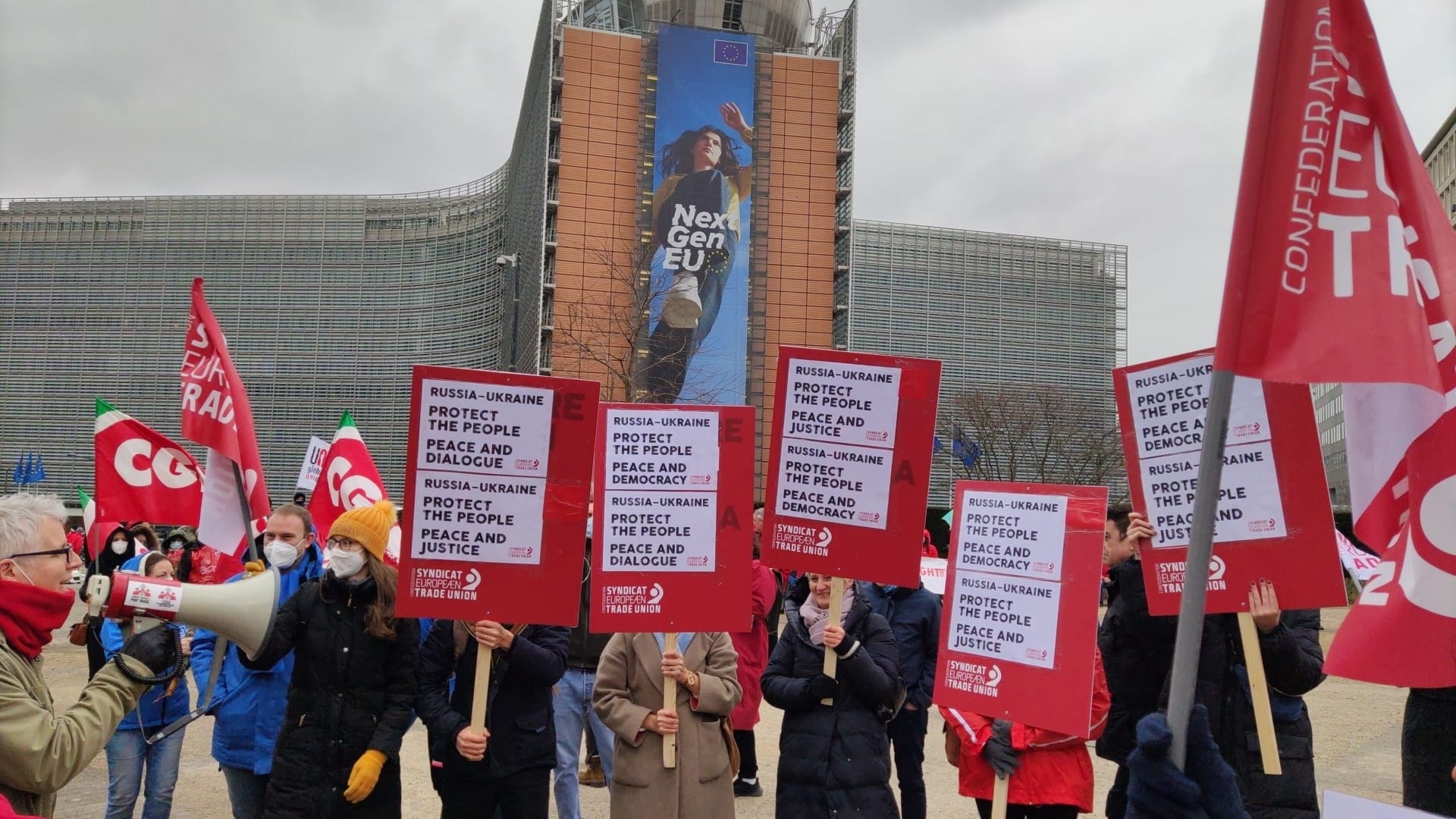