ETUC statement on the next steps after the UK referendum 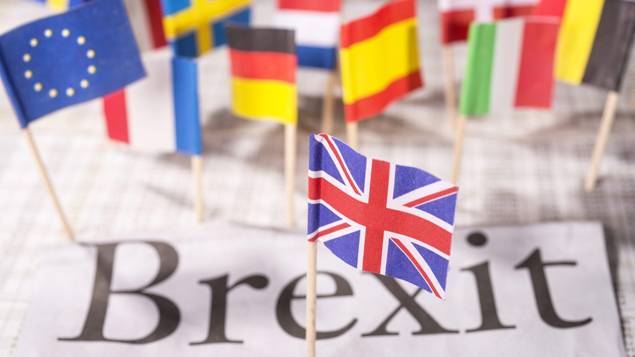 ETUC statement on the next steps after the UK referendum

European Trade Union leaders were invited by the ETUC, together with the TUC, to a meeting in London today to discuss the next steps after the UK Referendum.

The European trade union movement is seriously concerned about the result, and about potential negative consequences on jobs and working conditions for British and European workers.

This is a time of uncertainty, and we need to work together for a strong, more democratic and different Europe. Transforming Europe from a continent of war to a continent of peace is a fundamental achievement of the European Union, built on a platform of human and social rights that must be preserved. The spirit of international solidarity, which drives European integration, has to be strengthened, especially in this moment when the EU project is challenged.

The immediate responsibility of the EU and the British Government, in their different roles and responsibilities, is to ensure that the economic turbulence caused by the vote, and any subsequent negotiations and decisions, do not result in job losses – now, and in the coming months and years.

Subsequent negotiations on Brexit should not undermine the foundation of the European Union: a single market based on free movement and commonly applied rules that protect workers, consumers and the environment; a social model that is still an example to the rest of the world, although it has been undermined by austerity policies and cuts. All this cannot be discarded. On the contrary, it has to be maintained and, where necessary, restored. It cannot be applied to some countries and not to others. We reject a Europe ‘à la carte’, threatening social and labour rights, and the fundamental principles and freedoms of the European Union. We want a Europe that serves people, not only economic interests.

We will not allow workers to be set against each other. We reject scapegoating of migrant workers and call for national governments and the EU to tackle the root causes of local people’s concerns. We need action to stop wage undercutting and ensure that workers doing the same job, in the same workplace, get the same pay, and that collective agreements and national industrial relations systems are respected. Migrant workers contribute to our economy and labour market, and provide significant social contributions and tax revenues, which make our welfare state more sustainable.

Clear signals should be sent that racism and xenophobia will not be tolerated at work or in society; and that racist attacks before and after the referendum, in the UK and in other European countries, have to be stopped. Racism, xenophobia, populism and anti-European sentiments are the result of the economic crisis, of wrong policies put in place to address it, and of politicians accusing the EU of faults they bear the responsibility for. This has created social uncertainty, fear and anger, including for some workers. We as trade unions must promote a more positive vision, based on credible alternatives, especially among our own members.

Misleading claims about migrants, mobile workers, and free movement was an important factor in the referendum result. We reaffirm that there shall be no full access to the single market without applying the 4 freedoms linked to it, and particularly the free movement of people and workers; without the core of social rights enshrined in the European Charter and the social acquis of the EU; and without making a fair financial contribution to the EU budget.

The ETUC reaffirms its longstanding demand that social rights should come first, before economic freedoms.

Huge inequalities and imbalances still exist between countries and within countries, affecting in particular Central and Eastern Europe. Social and wage dumping, and discrimination on social and labour rights have to be addressed, by building a social dimension of the EU that benefits everyone, and not only some countries or groups in society. Upwards convergence, and further integration in the fields of rights and social protection systems, have to be pursued, without affecting well-functioning national practices.

The anger and disillusionment of voters – including working people – is not confined to the UK. There is widespread dissatisfaction across Europe and an urgent need to deliver on sustainable growth, quality jobs and hope for the future. Austerity and the Fiscal Compact rules have resulted in job losses, precarious work, worse working conditions and pay cuts, as well as savage cuts in public services and social protection. This has led to disenchantment with the European project among sections of the population that might otherwise have been expected to support it. The European trade union movement demands an end to austerity.

The cost of economic integration in the absence of adequate social protection is growing inequality, insecurity and marginalisation among EU citizens. Gender and youth inequalities and gaps in the labour market and society hold back the economy and social progress.

European workers need a pay rise, to drive economic recovery and tackle inequality. Wages and conditions of work need to be improved; the right to collectively bargain for a fair share of the profits and to enhance workers’ participation must be guaranteed and, where necessary, restored.

The ETUC and its affiliates, including the TUC, will continue to work together in solidarity for a better Europe. Our goal is to ensure a Europe based on social justice, where the interests of all workers are properly protected: British and EU workers, whether they live and work in their own country, in the UK or in another EU member state.

There should be no postponement or suspension of action to create a fairer and more equal Europe, to create more and better jobs, to rebalance economic governance with strong social and progressive fiscal policies. On the contrary, such initiatives, notably the revision of the Posting of Workers’ Directive, the European Pillar of Social Rights, the strengthening of social dialogue and of the participation of trade unions and employers in European economic and social policy-making, need to be advanced with more urgency and commitment.

The future of Europe is at stake. Without reconnecting to its citizens, without a Europe for all people, a Europe of social progress, we will face ever growing anti-European movements and votes. The time for positive change and reform of the European Union is now. The EU must be relaunched with reforms that promote transparency, democracy, equality and decent working and living standards for all – women and men, whether young or older, migrant, mobile or native workers.

The ETUC and its affiliates are convinced that a better and more coherent European Union is needed, based on cooperation, solidarity, and a vision for a better and more sustainable future, in order to tackle common challenges in very difficult times. In this, all actors bear a responsibility and have a role to play. We, the European trade union movement, are ready to play our part in the debate on the future of Europe and to contribute constructively to a way forward.