The 14th Congress of the European Trade Union Confederation (ETUC) will take place from Tuesday 21 to Friday 24 May 2019 at Wien Messe in Vienna, Austria.

The Congress will elect a new ETUC leadership team, amend the ETUC Constitution and adopt key documents including the Vienna Manifesto and an ETUC Action Programme 2019-2023. 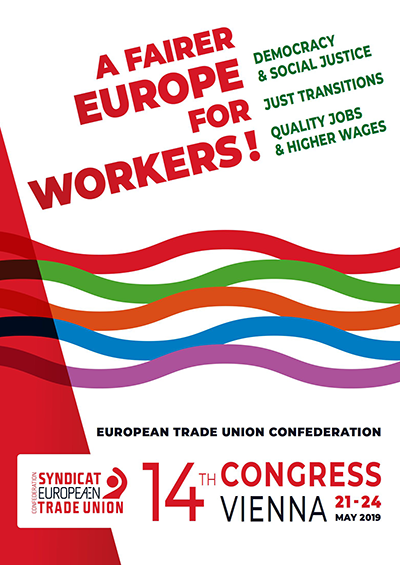 Follow our congress on social networks via the hashtag #ETUC19