The outcome of May’s European elections will be crucial for the future direction of the EU, and trade unions are playing an active role in the campaign.

On 26 February the ETUC launches its election programme - agreed by the European Trade Union Confederation’s 90 national trade union organisations representing 45 million working people – which calls on all people to vote in the European elections, and to vote for parties and candidates that support trade union demands for a fairer Europe for workers.

“The new European Parliament can either make the EU a better place, or undermine the European cooperation built up over many years”;

“The crisis has left deep scars on workers”;

“Democracy is at risk from extremists” and “nationalism offers no solutions to the problems facing us today”.

“Europe can be a force for social progress” ;

ETUC General Secretary Luca Visentini said, “These are the most important European elections I can remember. We must channel people’s frustrations into a vote for parties that support our demands for a fairer Europe for workers.”

“Trade unions are calling on their members to vote in the European elections, and to vote for parties that stand for democracy and social justice, quality jobs and higher wages.”

“We demand a new social contract for Europe that offers all citizens a fairer and more equal Europe with real opportunities for all.”

Commenting on the likelihood of a more unstable European Parliament, Luca Visentini added  “A new coalition of democratic parties will be needed in the new European Parliament. Anti-European, racist and fascist parties have nothing to offer and should not be given the chance to prop up some anti-social majority – that would be a catastrophe for the EU.”

The 5 page programme is available in 19 languages at https://www.etuc.org/en/publication/etuc-programme-eu-elections-2019 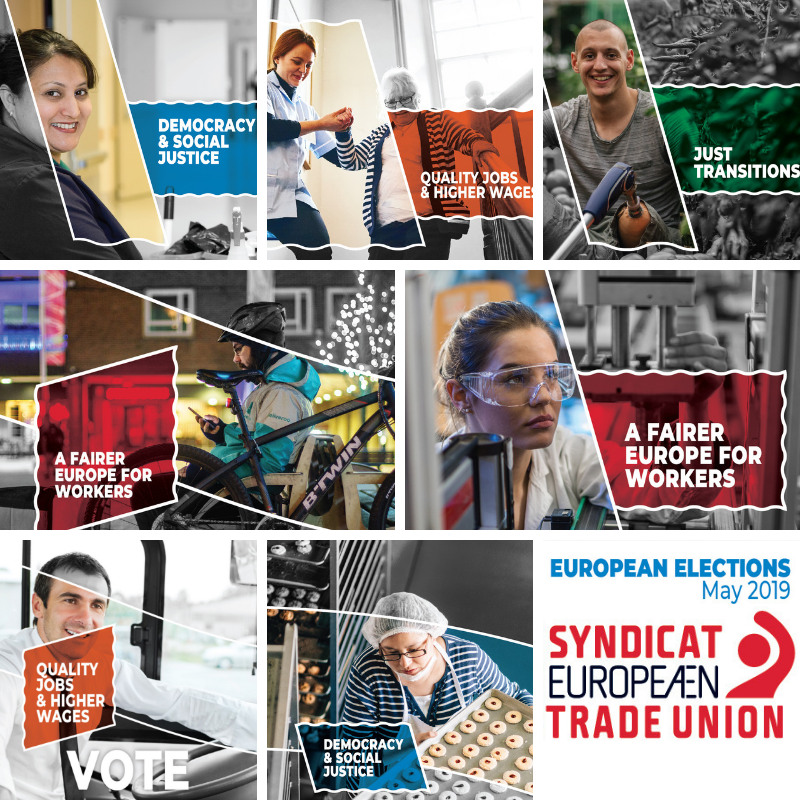