Bernadette Ségol said "It's certainly very important that the European Union and Member States help to strengthen security in Tunisia. A climate of confidence is vital for the well-being of citizens and visitors, and also for investments to recover".

Abassi and Ségol criticized the attitude of the British government which recently sent planes in order to repatriate tourists after the latest terrorist attacks. "By making this decision the United Kingdom has sent a bad signal and played straight into the hands of the terrorists" said Ségol. Even though the UK government has announced a change of heart in the meantime, "the damage is done" according to the two leaders.

The ETUC and the UGTT are launching an appeal to the European Union and the international community to implement debt relief and a substantial programme of investments. "It's not enough to congratulate the Tunisian people for their bravery and determination to preserve and develop democracy” said Ségol. “We must take urgent action in solidarity to boost the Tunisian economy through investment. It is in our common interest."

The Secretary of the ETUC, in meetings with the Tunisian employer's organization UTICA (Tunisian Union for Industry, Commerce and Handicrafts) and the Minister for Social Affairs Mr Youmbai, underlined the vital importance of social dialogue, and in this context, the importance of a good understanding between the UGTT and the UTICA. Bernadette Ségol was received by the Prime Minister Habib Essid and the Minister in Charge of Relations with Constitutional Institutions and Civil Society Mr Jendoubi.

The UGTT and the ETUC agreed to set up an expert working group to follow the forthcoming  negotiations between the EU and Tunisia on a free-trade agreement. 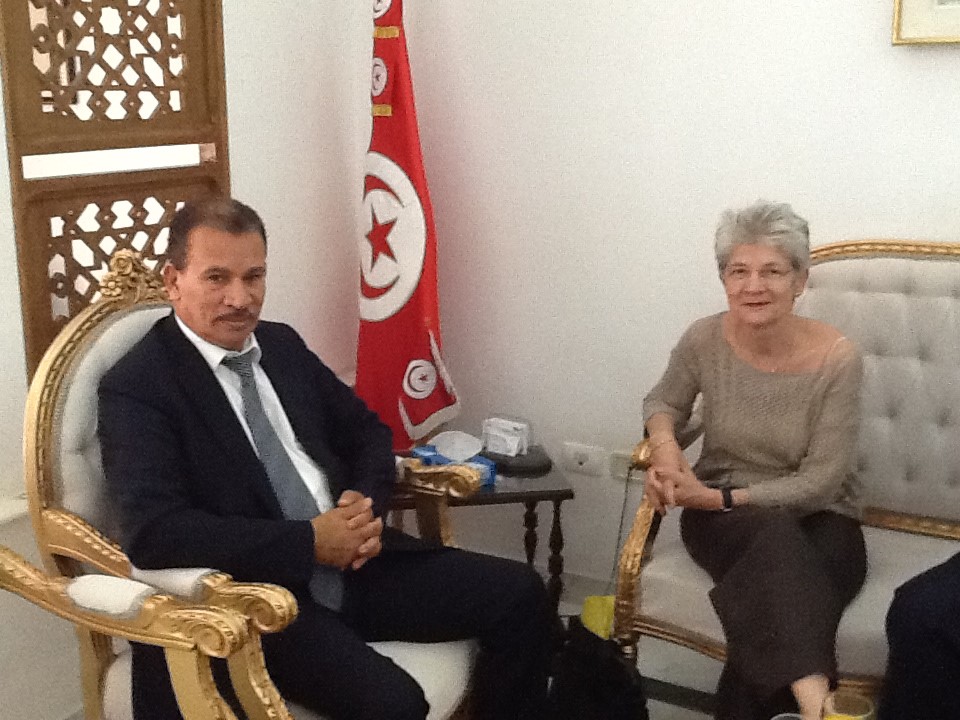