“The Double Standard at Work: European Corporate Investment and Workers’ Rights in the American South” cites key case studies to reveal practices in the U.S. South

European corporations are two-faced when it comes to respecting working people’s freedom of association and workers’ rights, argues a new report by the AFL-CIO and supported by the European Trade Union Confederation.

The report, “The Double Standard at Work: European Corporate Investment and Workers’ Rights in the American South,” uses several case studies to portray how some European corporations have exploited weak labor rights laws in Southern states in the United States, while boasting about having good relationships with trade unions and upholding standards for working people in western European nations.

This compelling text thoroughly analyzes how low wages, low taxes, low levels of union representation and “right to work” laws are magnets for European corporations to relocate jobs to the U.S. South to escape European social standards. It contains several case studies where known European corporations—among them Airbus, Fresenius, Ikea, LSG Sky Chefs, Nestlé,  Schnellecke Logistics and Skanska—have used every loophole and opportunity to exploit working people in the states where they intentionally relocated to reduce their labor costs while maximizing their profits. Meanwhile, the report points out, they respect labor laws and freedom of association in their base countries.

“The way all these European corporations operate in the American South is yet another example of corporate greed at its worst,” said AFL-CIO President Richard Trumka, who co-authored the report’s foreword with ETUC General Secretary Luca Visentini. “This shows how low corporations can go to make profits at the expense of working people’s rights and freedoms. Their double standards are unacceptable at any level. If they can respect working people’s freedom to join unions and negotiate for a fair return on their hard work in their home countries, they can certainly set the example and do the same here in America.”

The ETUC, the main European labor confederation, contributed to the development of this report. This organization has been at the forefront of ensuring that corporations respect workers’ rights and human rights in every country in which it operates. Recently it posted a statement signed by 80 nongovernmental organizations and trade unions titled “A call for EU human rights and environmental due diligence legislation.”

“Human rights, like freedom to join a trade union and negotiate collectively on wages and working conditions, must be upheld by companies wherever they operate,” said the ETUC’s Visentini. “So European companies that recognize trade unions and workers’ rights in their own countries should do the same in other countries in the world where they operate, including the USA. The EU should require corporations to make sure that their operations inside and outside the EU, and of their subsidiaries and subcontractors, respect human rights, as is the case under French law. What is needed is an EU law on due diligence to uphold human rights, and to give companies legal clarity and predictability on what they need to do.”

This report—which was mainly researched and written by Dr. Lance Compa, a senior lecturer at the ILR School of Cornell University—concludes by making specific recommendations on how all the parties involved, from European corporations and governments to social organizations and labor unions, can do their part to change this situation and ensure that working people’s rights in the U.S. South are respected. 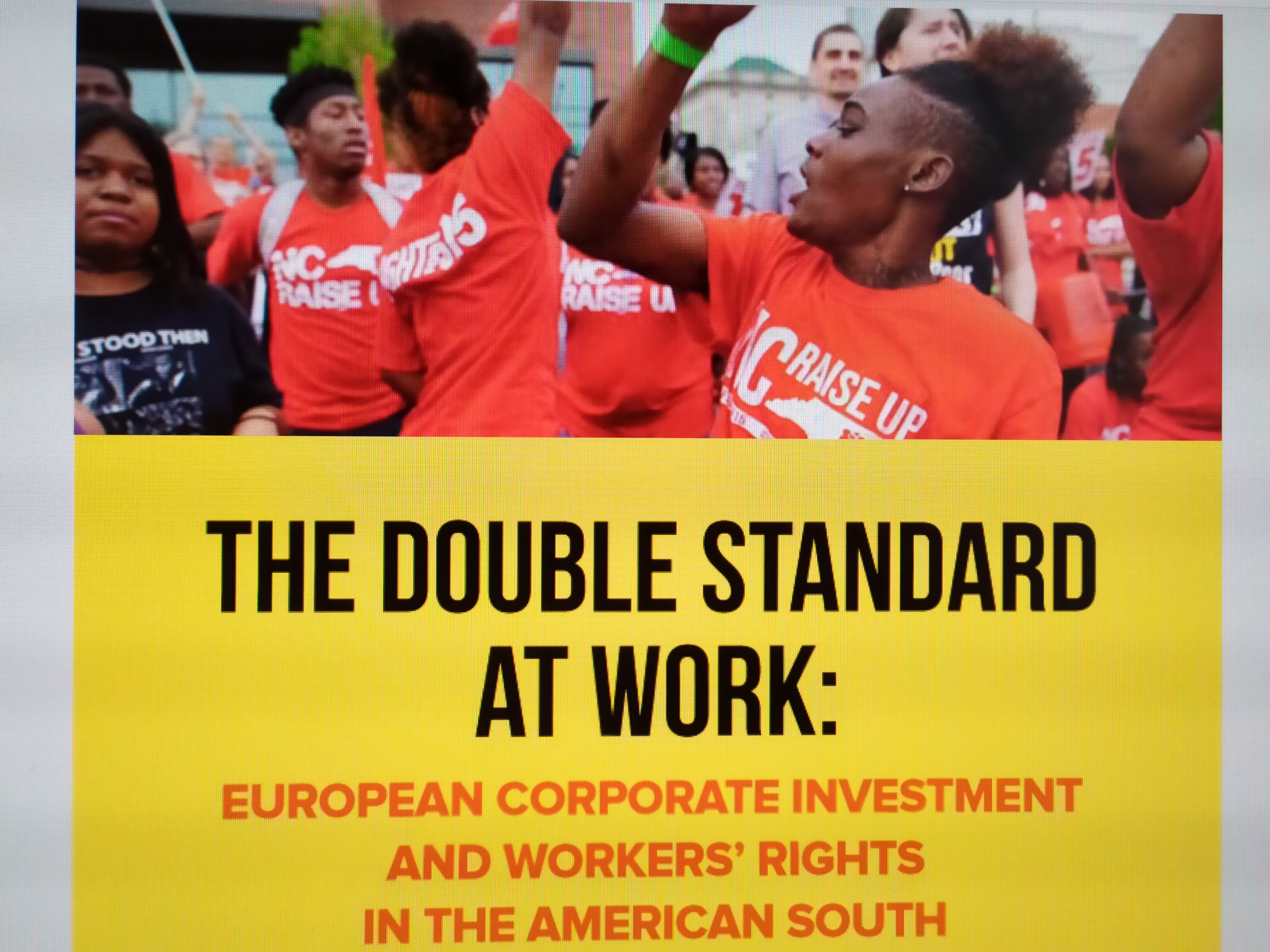