Commenting on the latest unemployment figures, which show a 0.7% reduction cross the EU over the last 12 months, Claudia Menne, Confederal Secretary of the European Trade Union Confederation, said

“One reason for the fall in joblessness in countries like Spain, Portugal and Ireland – the countries with the biggest drops in unemployment – is people leaving the country to find work elsewhere.” “The EU and European governments need to invest in growth and not just cut public spending. Unemployment in the US is lower, and has fallen more, precisely because the Obama Administration has invested in growth and not only cut spending.” 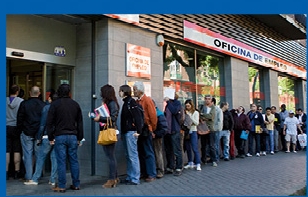