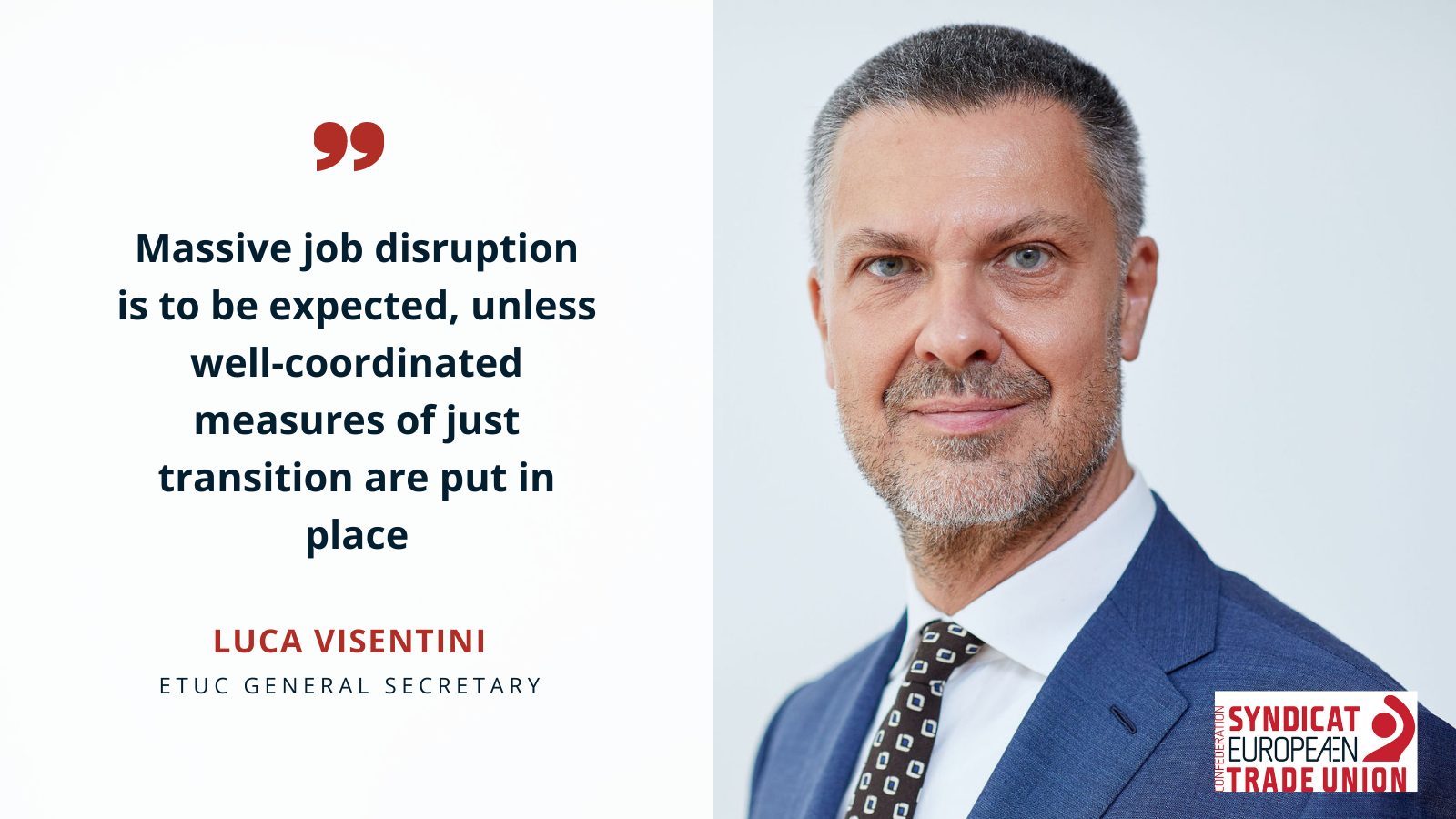 Thank you very much for your attention.

On Public finance and the economic governance framework

Thank you for your attention!

23.05.2022
Speech
In Economic governance, Monetary and fiscal policies, Macroeconomic Policy
"We appreciate the activation of the Temporary Protection Directive and all efforts put in place by the EU and Member States to welcome and help Ukrainian refugees fleeing from war. At the same time, we can’t accept still existing forms of discrimination against other refugees and migrants, against Ukrainian women and their children, and forms of exploitation and unequal treatment in terms of wages and working conditions affecting refugees in too many European countries" - Luca Visentini, ETUC General Secretary

"We ask the ECB and national monetary authorities to remain very careful in calling too quickly for policy normalisation. Monetary support, given all uncertainties related to the war in Ukraine, to the COVID developments, to inflation, to industrial restructuring and the ecological transition, could still be strongly needed in the months to come and public authorities will need flexibility" - Liina Carr, ETUC Confederal Secretary